It began with this one. I have been marinating on sugar skull ideas for a couple of years now and have never gotten around to trying my version of the skulls. Plus I got to stamp metal and you all know how much I love that!

So in continuing with my ongoing challenge to obsess on a subject I made a pair each of small, medium and large skulls. They are all now hanging from a hanger in my studio drying from the sealer. Three pairs of copper skulls with sterling chain and ear wires. Tomorrow I may or may not add beads to them. :)

Doing this repetitive work has taught me some things. The first skull I made took the longest to stamp the pattern. Each one after that went a little faster. I'm not finished with the skulls. I'm going silver next. And I'm plotting a masterpiece.

And I'm not finished with the moon and stars yet! I'll go back to them soon. :)

So, shop update tomorrow or Friday. 3 skulls, and 2 shooting stars. All earrings. :)

No matter what you do, it seems you have a dream. What you would like whatever it is you're doing to be. Every truck driver dreams of owning his own truck some day. Every dishwasher wants to move up to waiter. You know. The dream.

Mine is to make whatever I want, whenever I want, how I want. I won't jump through any hoops for anyone. Unless I want to. And I'll charge what it's really worth. And people will pay it!

So I continue to hone my skills and I learn something with every piece I make.

The kids go back to school Monday and I'm looking forward to some quiet time. Creating time. I almost always blog with pics I take on my phone. For reasons I haven't figured out how to fix, the photos post large and fuzzy. If you click on the photo you'll get a better view. Be back soon....

I'm giving myself a bit of a challenge. It has two parts.

The first begins with an article I read the other day about some head doctor who has written a book suggesting Steve Jobs had a new disorder called obsessive compulsive personality disorder. Which evidently is different than your more common OCD. It claimed that one of the positive effects if OCPD is obsession. Individuals with this disorder seem to have the ability to do the same thing over and over. Single mindedly pursuing the same subject to perfection.

I found it fascinating, and decided that I am just the opposite of this. I get bored pretty quickly.

So the first part of my challenge to myself is to explore a subject more fully at once. I almost always draw several versions before I settle on a design. Sometimes I have trouble deciding which version I want to use. Why not make more than one? Each a little different? Usually because I'm ready to jump to a new idea. So I'm going to give in to a little obsession and see what comes of it.

I'm beginning with a subject I've gone back to time and again. The moon and the stars.

This is the warm up piece I told you about. The stone is faceted labradorite.

This is the back side. A shooting star.

The 2nd part of the challenge is to use only supplies I have on hand. I tend to stock up, or hoard if you will....I have so many stones! :)

I'll be back soon with more new work to share. I am going to wrap up whatever I am working on by Wednesday and will be updating my shop on Thursday.

Posted by Amy Nicole at 8:25 PM No comments:

Of photos from our vacation:

We went to La Jolla, Coronado and Califia beaches while in California.

Califia was my favorite. There were too many people, but still just a really nice beach.
The last thing we did was the San Diego Safari Zoo Park.

I liked it. Not as much as San Diego Zoo though. ;)
I have more photos from my dslr camera, but I've not gone through them yet.

Saw these a lot. Someone on IG told me it was called crown of thorns. I love the color and shape of the flowers. I love how the stalks are wicked looking. Just a really inspiring plant.

I finished my last custom order today and I am officially going on a creative retreat. I'm only going to make what I want. For an undetermined amount of time ;)

I will be making new pieces and listing them in my shop. But I'm not making made to orders or customs. I gotta say it feels good so far. I started a pendant today. Labradorite. Silver. Crescent Moons. (Yes Moons!) and stars of course. It's a warm up piece.

Ill Be back soon!

Posted by Amy Nicole at 7:51 PM No comments:

My sister went to Mt. Ranier and sent me this picture! I did get to see some mountains near San Diego but I really haven't gotten my mountain fix and this image is somewhere I'd love to go. I also imagine it must be cooler there than here. 106 predicted for Wednesday. Ugh.

When in San Diego all the way from Texas, you are just too close not to go to Disneyland.

This is on Space Mountain. I smiled this big every time. (3!)

We had a blast. All of us. I was sporting this look a lot so I was certain I wouldn't lose my glasses! Next time (yes, I already want to go back) I'll consider wearing my contacts. ;)

I really loved our time at Disneyland. We took the girls 2 years ago and it wasn't nearly as much fun. This time they were both old enough to do all the rides and enjoy them.
Disney doesn't need any ringing endorsements from little ol me, but I just can't say enough how great their park is. So clean. For the number of people there, they keep those lines moving pretty quickly. Amazing rides. We came home Pirates of the Caribbean crazy and have watched the first 3 movies. We even watched the third one twice because some of us didn't understand it the first time. (I won't mention any names ;)). In short I am head over heels for Disneyland.

Posted by Amy Nicole at 7:54 PM No comments:


I've not posted here in awhile! I've been busy since we got back from vacation.

Here are a few pictures I took with my phone along the way:

The weather was amazing in San Diego. Maybe a smidge hot, but what do you expect for the middle of July?

A little cloudy in the mornings.

I love the ferns in California! They inspire me every year.

And the sea kelp. It inspired me every year too.

This I wasn't expecting to find when my husband wanted to go check out the USS Midway. It was pretty cool. Especially with the sun setting behind it.

Posted by Amy Nicole at 8:58 PM No comments:

Promote Your Page Too

Amy Nicole
Dallas/Ft. Worth, TX, United States
I am an all around crafty gal who has currently landed on jewelry making as my latest obsession. 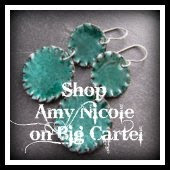 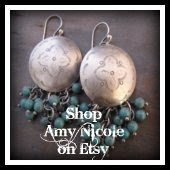 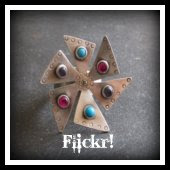 Free Counter
All content including design, photos and words are © Amy Nicole 2009-2013 Please do not use my photos, words or designs without express written permission. Thank you.